This face came from a house where a Key West gentleman had just died. The story at the time, was that it was stolen fro 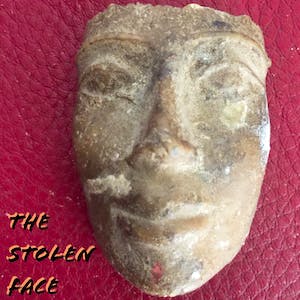 m an Egyptian pyramid decades ago, but the psychics kept picking up South and/or Central American energies emanating from the face. We believe that the caretaker was told it was from a pyramid and he assumed that meant Egyptian. In fact, it is probably from the Incan or Mayan Empires. People describe holding the mask in their hands as cold at first and then becomes very hot and numbs their hand while sending tingling sensations up the arm to the shoulder. More sensitive individuals won’t even touch it. It’s not uncommon for sacred items to have a curse attached to them for protection (from theft or enemies), and we do not know what type of curse is attached to this mask. We do know there is some sort of energy attached to it. 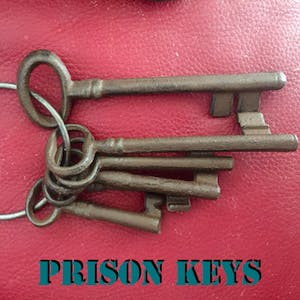 when we used to visit the site of the old jail where the gallows were. 4 men were hanged on the site, we had to stop going to this site due to the ghosts being too violent. Guests were having trouble breathing and felt like they were being strangled. People will pick up the keys because they are “cool.” The only problem with that is the same reaction will occur. A feeling of being strangled while holding on to the keys. We think that one of the hanged men latched on to the keys (not realizing he is dead) hoping to use them to escape.

When we received this, it presen 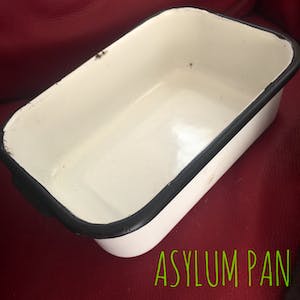 ted a mystery to

us. We knew it was from an institution but that was all. So, we decided to put the psychics to the test. Each and every psychic that picked up the pan, felt an infant and an insane asylum. In the old asylums, forced abortions and rape were not uncommon. We feel that is the source of the spirit attached to the pan. Look at the close-up of the pan and you will see a ghostly imprint of a child’s hand.

Stone of the Voodoo Queen

The Queen of all voodoo is Marie Laveau, and this stone came fr 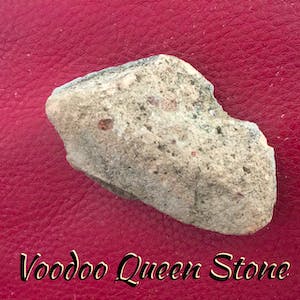 om her crypt in New Orleans, a town with even more voodoo than Key West. Someone got drunk one night and decided to steal this from her grave during a midnight visit. They brought it back to Key West with them and threw it in one of their plants. Strange things began happening. Their dog refused to come inside. That night, they woke to the doors slamming in the house. When they awoke the next morning, all the plants inside the home were dead. They called David Sloan and he came over, cleansed the house and remove the stone. They have been trouble free since then.

David was called to cleanse a house on Seminary Street in Key West. He had cleansed the entire house but still felt an energy. He located an attic but the lady living there didn’t have 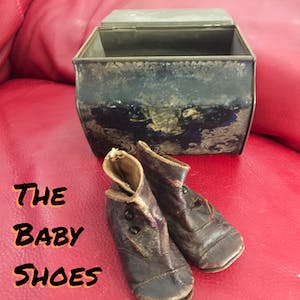 any way to get up there. He told the lady he would come back the next day and do the attic. Now, when you cleanse a building, you need to get all areas of the house or the spirits just move to the area you don’t do and stay there, extremely mad at you. David got a phone call at 4AM from the lady because her house was in chaos. The dressers were cleared and items on shelves were getting knocked to the floor. He grabbed a ladder and went over, smudged the entire house earn found this box in the attic. Once the box with the baby shoes was removed, no further activity occurred. There was a note in the shoes that said, “my baby shoes” that disappeared one night during one of our hunts. We don’t know whether it’s the box or the shoes that are haunted, but there is definitely a feminine energy attached.

Hear more about hauntings in Key West on our Ghost Tour or Ghost Hunt. Click the “Book Online” button above the reserve your spot.