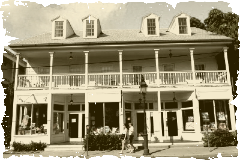 Haunted history is our passion, so we often times find ourselves digging through the history books trying to discover a likely candidate for an active location that’s not even part of The Key West Ghost Hunt. 1102 Duval Street was one such case.

Our friend Shannon Gaytan owns a business called Gone Fishing. He books trips & tours, rents anything that floats or rolls and sells all types of funky island gifts. About two months ago he opened his shop and was greeted by a very deep voice that simply said, “Hello.” No humans were around. 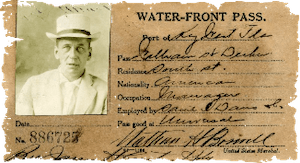 In the weeks that followed, Shannon could sense that he was not alone. It became a regular occurrence for him to see someone entering the shop out of the corner of his eye, only to look up and find no one there.  It happened again last week, but this time the sunglasses rack located in the center of the shop started spinning on its own, making three full rotations before coming  a stop.

Who would have any reason to haunt 1102 Duval Street? William Decker for one. Decker was a member of the Key West chapter of the KKK. On the night of December 23, 1921 he took part in the tarring and feathering of Manola Cabeza. During the attack, Manola was able to pull the hoods from several of the Klan member’s heads and learn their identities. The following day he set out to hunt them down. The paths of Cabeza and Decker crossed in the 1100 block of Duval Street. Decker was returning home with a Christmas turkey when Cabeza spotted him and pulled alongside. “This is how a man kills a man!” he screamed. Manola fired a shot. It pierced Decker’s jaw. His Ford jumped the sidewalk and hit a street pole next to The Cuban Club. Decker was dead, but it seems his ghost is still wandering the scene of the crime. 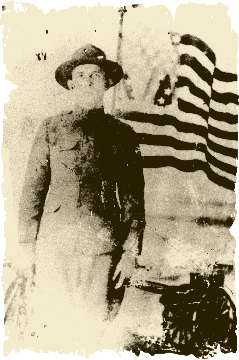 Stop into Gone Fishing to hear more from Shannon. And when you are ready to meet the ghosts in person, join us on The Key West Ghost Hunt. There are a half dozen ghost tours in town, but only one hunt. Book online and save: www.keywestghosthunt.com (305)290-3154